Take a look at some of the most popular articles from recent issues of Steam World Magazine. If you have any specific requests for articles to be featured, let us know swweb@choicemag.co.uk

A Works Visit to Horwich 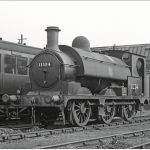 Phillip Pickles took part in a special day back in 1959- and got plenty of ‘cops’ into the bargain.

A railway visit was always a special event. On arrival at the works, visiting permit on hand, a group of people would await the arrival of the official guide. The anticipation of which engines would be on the works was considerable…
continue reading

Naming the Battle of Britain Class 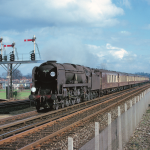 In part one of a six part series J.Dacombe explains the background to the choice of names for the Southern Railway’s Bulleid Light ‘Pacifics’

“Never in the field of human conflict has so much been owed by so many to so few” Winston Churchill’s immortal words resonate down the years ensuring the ‘many’, all of us, never forget the ‘few’…
continue reading

To Swindon and Beyond

Christopher Hext served an apprenticeship with the GWR and workes at Swindon well before the end of steam, but he started at Newton Abbot (Part One)

Having attended the South Devon Technical College at Torquay, the job I coveted most was to be a draughtsman and although it was possible to enter a drawing office as a trainee, the preferred route was to first serve an engineering apprenticeship, on the tools…
continue reading 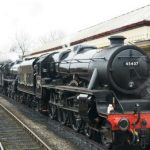